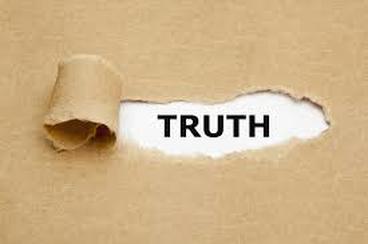 Why do we get to hear the Truth only today?
The Truth had actually descended to this world long ago. In ancient time, it was transmitted in an aura of secrecy. Saints, sages and buddhas had obtained it. However, none would simply revealed it without the Kingdom's mandate. They had hinted the Truth through various means: discourses, gestures, symbols etc. But our mind is not able to decipher them owing to the subtlety of the Truth. Without the Kingdom's enlightenment, even the best teacher/master would not be able to fully grasp it. The Enlightenment Master, with the heavenly order, would only baptize those who have cultivated and destined to receive the Truth. However in the past, only one person at a time was enlightened. It was a most time consuming process indeed. Additionally, no one would know who else had actually obtained it. An ancient Truth seeker had to scale mountains, wade waters and traverse lands to seek out the Enlightenment Master. It was like searching for a needle in the hay stack! Today, how things have changed! It is so much easier to obtain the Truth. This is despite that most of us hardly cultivate, unlikely people of the past. We have a spiritual guide to lead us to the Truth At Mother's Shrine, any number of people can attain the Truth at the same time. Transportation, food and refreshment are also provided! How fortunate are we! Could we ask for more? All this is only possible with Mother's kindness. If she had been strict most of us would certainly not 'qualify' to receive the Truth. Thus, it is only proper that we should show our deepest gratitude to Mother through our homage on the various holy days at the very least.

Why does one with a good heart still need to receive the Truth? For those who are kind and virtuous, they should be more eager to A\ receive the Truth. This is because the Kingdom only wants good souls! Those who receive the Truth can transcend the cycle of birth and death, and return to the Kingdom. They would then be forever exempted from sufferings in this world brought about by the cycle, If one has a kind heart but has not received the Truth, one merely remains as a good person in a sinful world. The only reward for such a person is to have a good next life. However, the reward in the form of a good life will run out someday. When this happens, the person will face uncertainties. For those who receive the Truth, they would return to the Kingdom to enjoy eternal bliss. Isn't this much better? The latter is far superior to the former. Thus once the Truth is available, everyone should be joyous about the opportunity in receiving it. All should put in effort to spread and cultivate it. Confucius once said, "One who hears the Truth in the morning and passes away in the evening will have no regrets." Sakyamuni Buddha's final message to the world 'Everyone must seek the Triple Gems (the Kingdom's Three Treasures)'. Jesus added, "Bless the world in the name of the Holy Trinity Three Treasures)." Lao Zi, the great Chinese sage, wrote a book on the Truth, Tao De Ching, before his return to the Kingdom.
Is there any proof of the genuineness of the Truth? •••-, A baby is born soft and cute into this world. However, the same cannot be said when the child passes away as an adult one day. This time the body becomes stiff, pale and cold- a horrible sight indeed! How does this strange phenomenon happen? The soul enters the baby's body through the Mystical Gate to give life to it. The Gate then locks itself to prevent the soul from escaping. Otherwise the baby will be still born. As the Mystical Gate remains locked (unless opened by the Kingdom), the soul cannot leave through it at the time of death of an individual. It therefore searches and exits through other parts of the body. However, these others are not the right paths. The soul fails to return to the Kingdom/attain Nirvana, and is caught in another round of reincarnation. This causes the corpse to harden. For those who have been baptized with the Kingdom's Truth, and have their Mystical Gate opened, their body will remain soft for up to three days when they pass away! The deceased's fingers could even be flexed! The deceased looks peaceful and appears to be asleep. In exceptional cases, the body may even emit fragrance! All these are only possible as the soul exits from the opened Mystical Gate and returns to the Kingdom/attain Nirvana. There is no further rebirth/reincarnation! Such cases abound in life. In addition to the above, there is also other proof of the genuineness of the Truth. For instance, if you cultivate steadfastly in accordance with the Truth, angels/buddhas will protect you from harm and danger. There are numerous true life accounts of miracles saving individuals. Further, one can also use the Truth to reconcile the seemingly irreconcilable religious differences. This is not surprising since the Truth is the essence of all religions. Upon your enlightenment by the Kingdom, you will certainly be able to understand the scriptural texts better. Scriptural passages once passed of as unimportant, or incomprehensible, now become clear. Their meanings are better understood. The Truth is supreme!
Tienshin Temple 626-308-1417