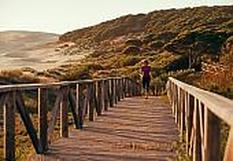 How does one progress after entering the Tao?
If desiring to progress, one must first establish one’s faith and steady one’s direction, for faith is the origin of cultivation and the spring of merits. Hence, in the Hua-yen Sutra, it is stated, “Faith is the mother of virtues, and it nurtures all good roots.” Without faith, even divination would be done in vain. What more true is for training according to the Tao? We must know that all people possess Heavenly Nature, and all enlightened beings are of one single origin. Difference only arises when there is a misunderstanding.

Are there any proofs for fulfilling the Tao?
After entering the Tao, if we cultivate ourselves and establish merits, we would be able to turn bad omens into auspicious ones while we are alive. The stories of those who have survived disasters are countless.  Upon death, we are able to go beyond life and release ourselves from the bondage of rebirth. Not only our souls can descend to temple for communications to the living, our physical bodies also give evidence that we have sought for the Tao.  For the enlighten monks of Taoism and Buddhism, the phenomenon of undisturbed appearance is a sign for the fulfillment of cultivation.  However, it is usually a few among a hundred or a thousand cultivators. This is enough to prove that cultivators are many, but ones who attain fulfillment are few.

Regardless of the level of cultivation, those who have sought for the Tao maintain a lovely appearance after death; their bodies would not stiff in the winter nor stink in the summer – there are even some who stay without changes for days and give out an enchanting fragrance. Putting aside those who believe in the Tao with unsteady faith and those who go against moral actions, there is no difference between old and young, female and male. Even the body of form presents such gracious state, what better realm would the spirits have attained! From this evidence, there is certainly no doubt!
by Taozeng
translated by Yinfong Zia
BACK
Tienshin Temple 626-308-1417